Just when you thought the Federal Government’s war on solar and clean energy couldn’t get any more unbelievable, reports yesterday revealed the Abbott Government has banned the Clean Energy Finance Corporation (CEFC) from investing in small-scale solar projects*.

The CEFC has been a roaring success, helping thousands of Australians cut their bills by providing cheap finance for rooftop solar projects on homes, businesses and community buildings across the country.

But this latest attack means thousands of Australian who want solar will be denied the opportunity.

The true intentions of the Abbott Government have never been clearer. This government wants to see our solar industry destroyed and they’re willing to do the dodgy on ordinary Australian families and businesses to achieve their aims.

I’ll make no bones about it. To protect and grow solar in Australia we need a real opposition that kicks off real debate on what our nation’s ambitious solar future looks like. We need Bill Shorten and the ALP to show some leadership, nothing less. And to make sure they do this, we’re going to flood the upcoming ALP National Conference with thousands of personal messages from the ordinary Australians they represent – that’s you and me.

Add your voice to the call. Click here to submit your personalised message to ALP National Conference Delegates. We’ll print them on sunny postcards and place them into the hands of the decision makers at the Melbourne conference on 25-26 July, just over a week from today.

Thousands of Solar Citizens from across the country have been lobbying hard for months now – emailing, calling and meeting with their local Labor MPs and Senators – asking them to Stand Up For Solar ahead of the ALP National Conference later this month. If you’ve been part of the effort so far, thank you!

Right now, the moment we’ve been building to is just around the corner and we won’t be leaving anything to chance. It’s more important than ever that Labor adopts a visionary solar and renewables policy platform ahead of the next Federal Election. That’s why we’re going to make sure Australia’s clean energy future is front of mind for our ALP representatives before they go to vote.

During ALP National Conference Solar Citizens volunteers will deliver your messages directly into the hands of each and every decision maker, reminding them to Stand Up For Solar. At every opportunity we’ll be there with a stack of sunny personalised postcards – when delegates arrive for the day or leave for the evening, when they pop out for a coffee break or when they drop by our Conference stall to check out the Tesla electric car we’ll have on display.

The Abbott Government may be doing its best to destroy solar, but it’s community members like you and I who hold the keys to Australia’s sun-powered future. By acting together we can turn this train wreck around.

Yours in stunned disbelief and dogged determination, 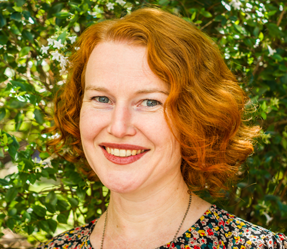 P.S. Personal message submissions close 5pm this Friday, so make sure you get yours in ASAP: http://www.standupforsolar.org.au/your_message*http://www.theguardian.com/environment/2015/jul/12/abbott-government-extends-ban-on-renewable-energy-to-solar-panels?

Solar Citizens is an independent community-based organisation bringing together millions of solar owners and supporters to protect and grow solar in Australia. You can keep up with Solar Citizens on Twitter or like us on Facebook.

Was this email forwarded to you? Click here to add yourself to Solar Citizens. This email was sent to nevilleg729@gmail.com. To stop receiving emails, click here. But, just know, we’ll miss you!